14 A5 pages
Hand Made
Black and White
‘Not for Profit’ model
Each one signed by me
Same day dispatch
………………………………..
Delivery costs can be see on the basket page

Since its launch in October 2017 a lot of you have commented on how refreshing it is to see something being done following a ‘not for profit’ model. One thing that I’m passionate about is promoting the excellent work of Grims’ kind contributors, my work too and weird dark art in general; and by making this a ‘not for profit’ thing it removes the distraction of monetary motivations and ensures that the art remains firmly in focus. Putting together this dark art zine has been a blast, not only because of all the wonderful contributor works which now adorn Grims’ pages, but also because of the genuine want of these contributors to be a part of the fun. The ‘For fun, not for profit’ tagline really does say it as it is.

So here we are then, a new year and a new edition. Grim 4 continues to grow with it’s home-made cut and paste retro feel; this time a nifty fold out page is included carrying the strange writings of Tracey Katz (‘Goitre’). Also featured are the words by ‘The Suicidal Rabbit’ and Sophia Disgrace. There has been a positive effort since ed.2 to include more dark and twisted written material to compliment the imagery and develop an increased sense of mystery and intrigue adding to the weirdness of Grim as a whole. 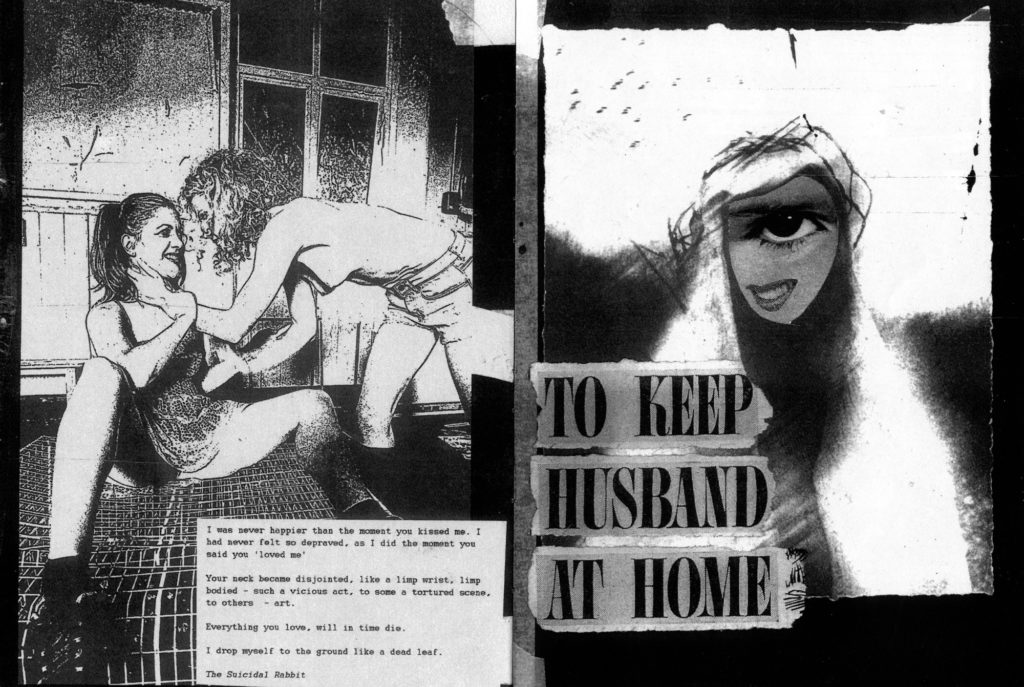 Extract from ‘Goitre’ by Tracey Katz

“It was just little things at first. He’d use odd words. Bigger words. I mean, dad’s smart and everything, but he wasn’t one for fancy language. He started saying things like, ‘You’re very loquacious today, son’, when he’d usually just call me a chatterbox. Sarcastically, obvs. And the way he’d say it – it was as if he was tasting the words. He’d smack his lips and stretch out the word as long as he could. Like he was enjoying talking so much that he wanted to savour every syllable.”

Once again, without Grims’ kind contributors, this would never have reached as many folks as it has. Thank you so much 🙂 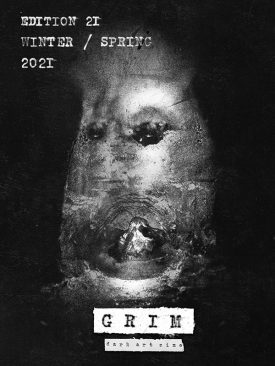 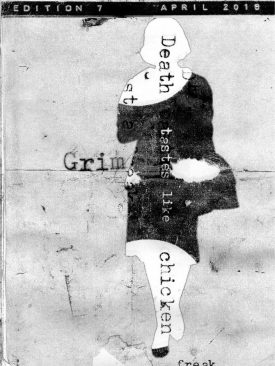 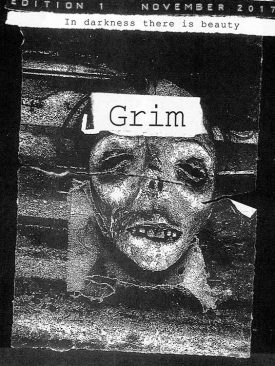 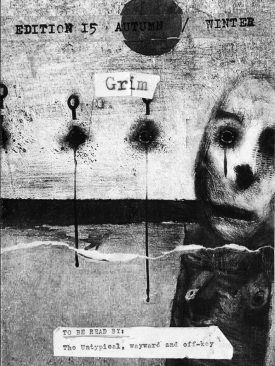 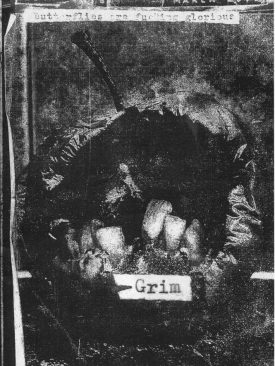 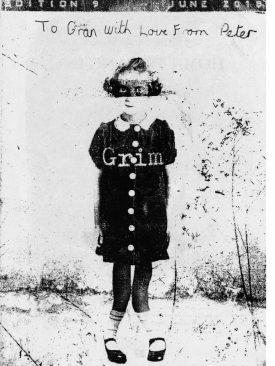 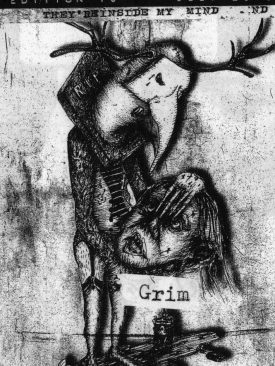 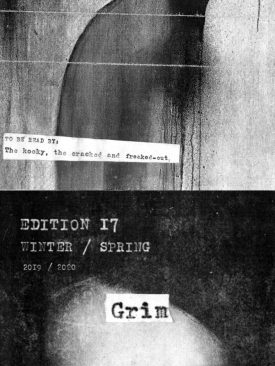